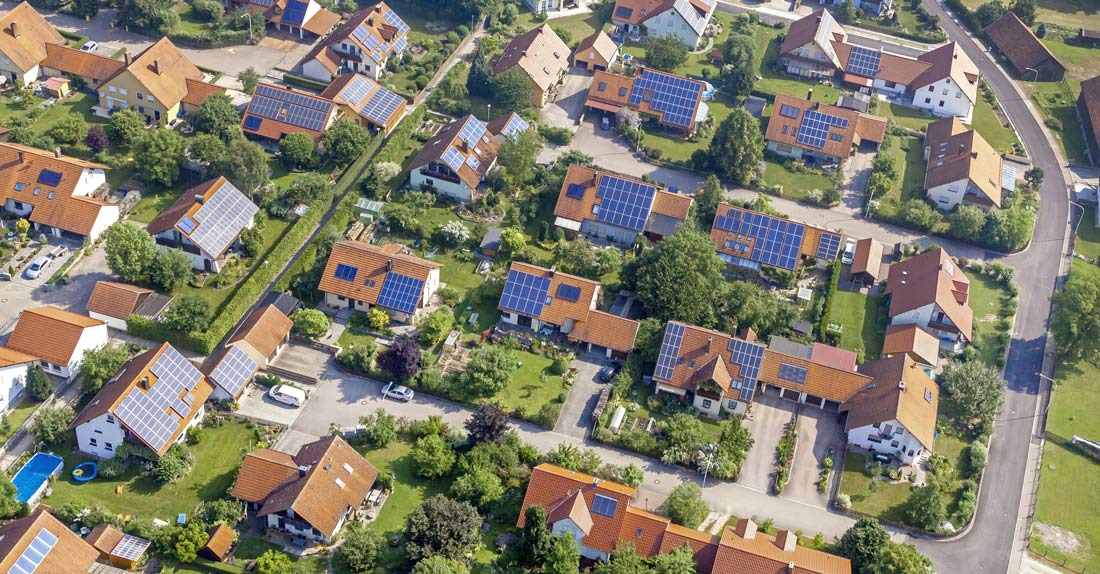 What If We Could Install Solar Panels on Every Suitable Roof in the US?

At SunLynk, we’re interested in the future.  So we like to ask “What if?” So, what if we could install solar panels on every suitable roof in the US? How much clean, low-cost electricity would those panels generate?

To answer that question, researchers from the US National Renewable Energy Laboratory started asking questions and performed research to come up with some specifics.

A lot of variables that go into the answer. Things like number of buildings, size of roofs, direction roofs face, strength of sunlight, number of sunny days, and more have an impact on estimates.

The first step was to use Homeland Security’s program that laser maps about 25% of the buildings in the US in terms of roof area, roof tilt, roof direction and shade factors. Most roofs were found to be suitable. Those that were too small, north facing, or that would lose more than 20% of possible solar output for other reasons were not considered.

The researchers then estimated the rest of the country by calculating statistics for the covered area and using census data to scale data for other zip codes in the research area.

Using the average efficiency of rooftop solar panels installed in 2015 and the average amount of sunlight experienced in each location, they produced a map combining all the salient variables. The map estimated the maximum rooftop solar energy production possible.

The estimates showed that approximately 8 billion square meters (86 billion square feet) of appropriate roof tops exist and would be able to produce around 1,400 terawatt hours of electricity with two-thirds of the production coming from small residential buildings.  The total estimated production is equal to around 40% of the current electricity total now sold by utility companies.

Figured over a 12-month period, residential homes can usually produce the amount of electricity they need and use with solar panels.

Maybe we cannot replace all our power plants just yet, but 40% is a good start. The industry gets smarter and more efficient year by year, so that number is going up, not down.

If you are interested in seeing how solar might work on your roof, contact SunLynk today for estimates on costs and savings and what you can expect over a twenty to twenty-five year period.